I went on a two-week trip with my family. The first week we went to different colleges for my brother. I liked going on the tours. Our first stop was Pittsburgh. We saw two schools. The first was Pitt. I liked the tall tower that marked the campus. You could see it from far away. I liked how the rooms in the tower represented different countries. Pitt blended into the city. The students were friendly. 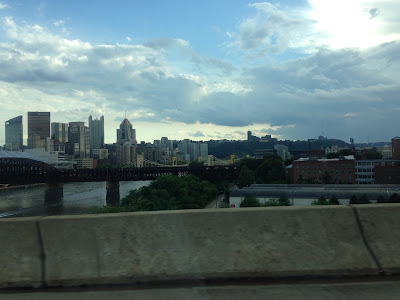 Right next to Pitt was Carnegie Mellon. It is more for students who have a strong passion for what they want to study. My brother does not yet know what he wants to study. I learned Andrew Carnegie, the steel giant of the Industrial Revolution, was the founder of the school. He merged the school with the Mellon Institute. Philanthropy was important to Carnegie. He wanted to give back. Making a university was his way of doing good. 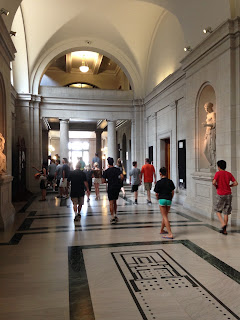 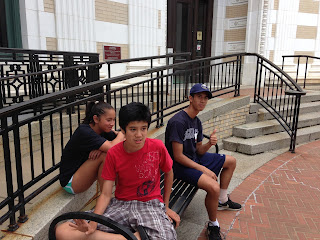 Pittsburgh was very hilly. My dad got us lost in the hills looking for a Mexican restaurant. Sometimes there were narrow roads on a steep hill. We finally found a cool hipster taco place. It was fun. 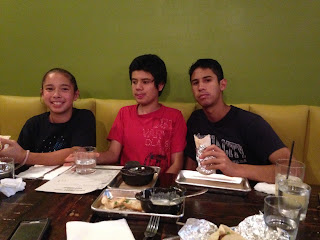 We went to Penn State on the fourth of July. Everything was closed. The campus was big and pretty. It is a big football school. Then we went to Bucknell, Lehigh, and Villanova. They were also closed. We arrived in Philadelphia in time for the fireworks. I liked that we were in the city where the Declaration of Independence was signed. I looked for the place it was signed as we drove in. Philadelphia is one of my favorite cities because of its place in American history. 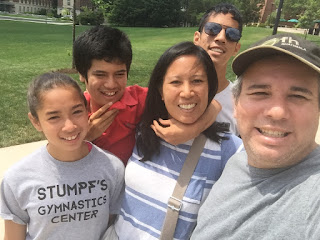 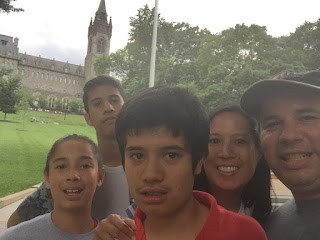 A quick stroll around Penn State and Lehigh 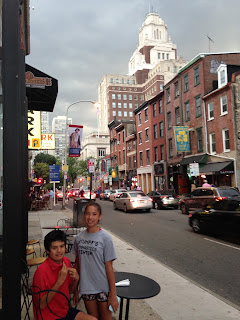 We went to Penn's landing to see the fireworks. It was crowded. We met a man in a wheelchair. He was cool. I wish I talked to him. My mom introduced us but did not bring my letterboard. My mom learned he was part of ADAPT and protested the health care bill in Washington DC. I listened to his stories. He said to enjoy life everyday because it can be taken anytime. 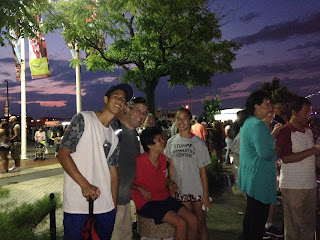 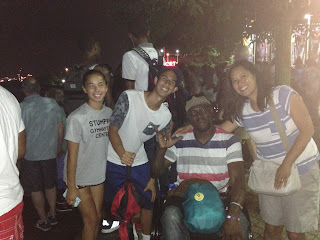 Making a friend at Penn's Landing while waiting for fireworks

The fireworks came suddenly. I hate the sound because it startles me badly. It is like being shot. Even though I know I am not in danger, I can’t help but freak out and try to escape. This happened again. I had to get further away. I didn’t want my family to miss out on the fireworks so I tried hard to endure the fireworks. I became more used to the sound after awhile. The fireworks dazzled my sight. They were beautiful. When they were done I longed to see more. I was overjoyed to have had the time to celebrate with my family. I think Washington DC might be the place to go for next year. 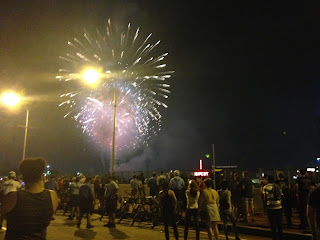 Watching the fireworks further back on the bridge

The following day we took a tour of Temple University. It is in Philadelphia. Our tour guide Jay was funny. I thought it was a very cool school. Philadelphia is a good place to visit because my friend Tommy lives there too. After visiting Temple we had pizza with Tommy and his family. Then it was time to go to Virginia. 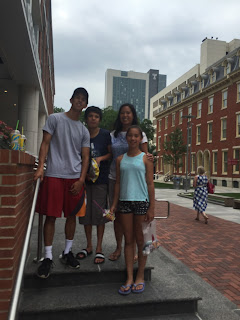 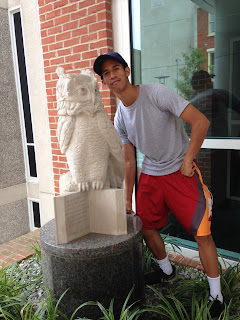 Carlos with the Temple Owl

I will write about Virginia in the next installment of this blog post.

Posted by Philip Reyes at 3:58 PM No comments: