My son Nicolas was born in 1999, 3 years after the law declared autism was no longer a psychiatric illness, but a disability.  But in France, we are still in the Middle Ages for autism.  Very few autistic kids go to school and many end up in psychiatric hospitals.  Parents, mostly mothers, have to stop working to take care of their children.  Poverty is added to the need to fight for each and every right.  Inclusion is a dream here.  To fight against institutions and even professionals to get the right help for your child is exhausting.

Nicolas started school at age 3 but I have pulled him out of school off and on to homeschool, due to the lack of open-minded schools here .  Presuming competence has always been my strength.  I have always known my boy was clever.  But the fact that he is nonverbal and has motor challenges makes people doubt his intelligence even now.  He started becoming interested in learning about the Holocaust at age 10 and people talk to him as if he is 2.  Knowledge about nonverbal autistics and their motor challenges is important in changing the way we educate these kids.  We must presume competence for inclusion. 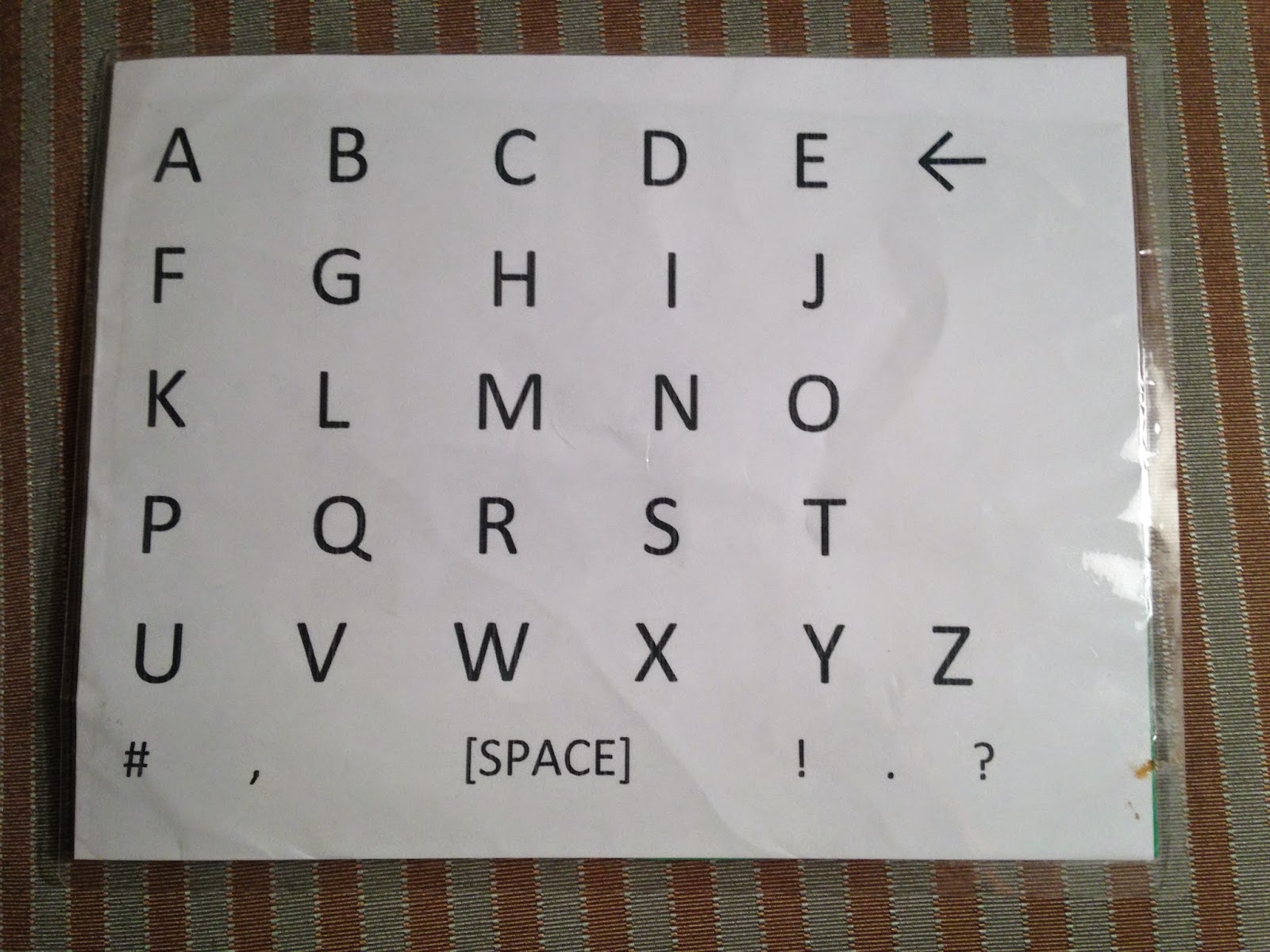 A letterboard for communication

* I would like to dedicate this to Aymeric, a nonverbal French boy who died recently after an epileptic seizure.  His mother fought for his inclusion very courageously. 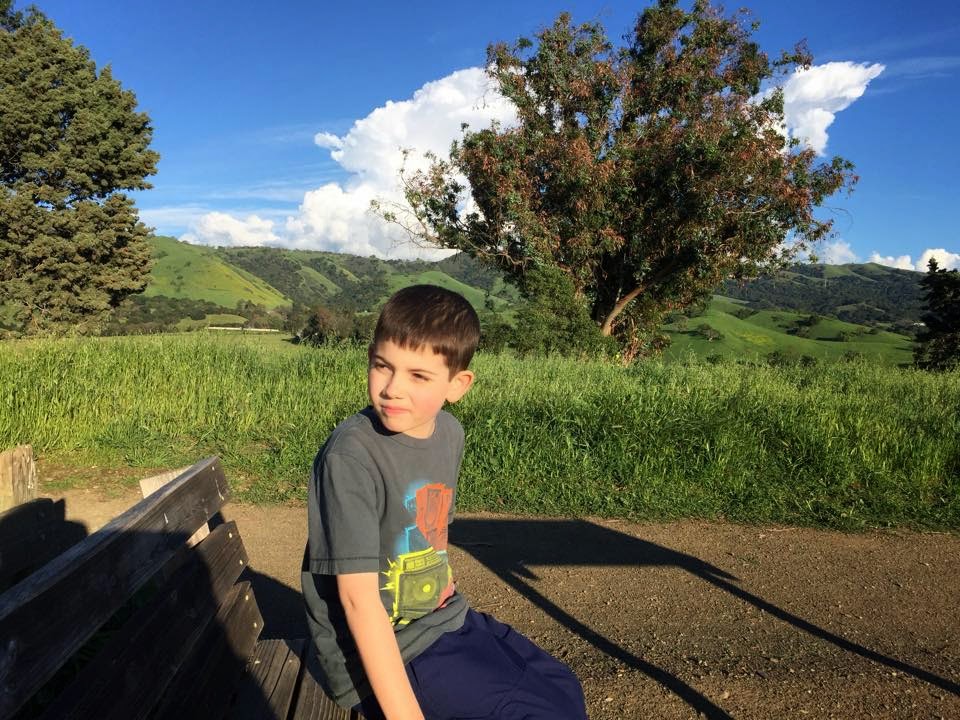 I AM RYAN CURRY.  EACH DAY I’M MAKING A CHOICE.  EACH DAY A STUPID BODY DOESN’T MIND A BRAIN.

AUTISTICS, YOUR LONELINESS DOES NOT WITHSTAND TIME.  I NOW AM ABLE TO SPEAK MOSTLY BY WORDS.

EVERYONE ELSE, OPEN YOUR MIND TO US.  SHOW US YOU RESPECT US. EACH INSTANCE ON YOUR TIME IS JUST AS EQUIVALENT AS MINE.

I WANT TO WISH MY MOM MY DEAREST THANKS, FOR EACH DAY IS BETTER TEACHING ME RPM. 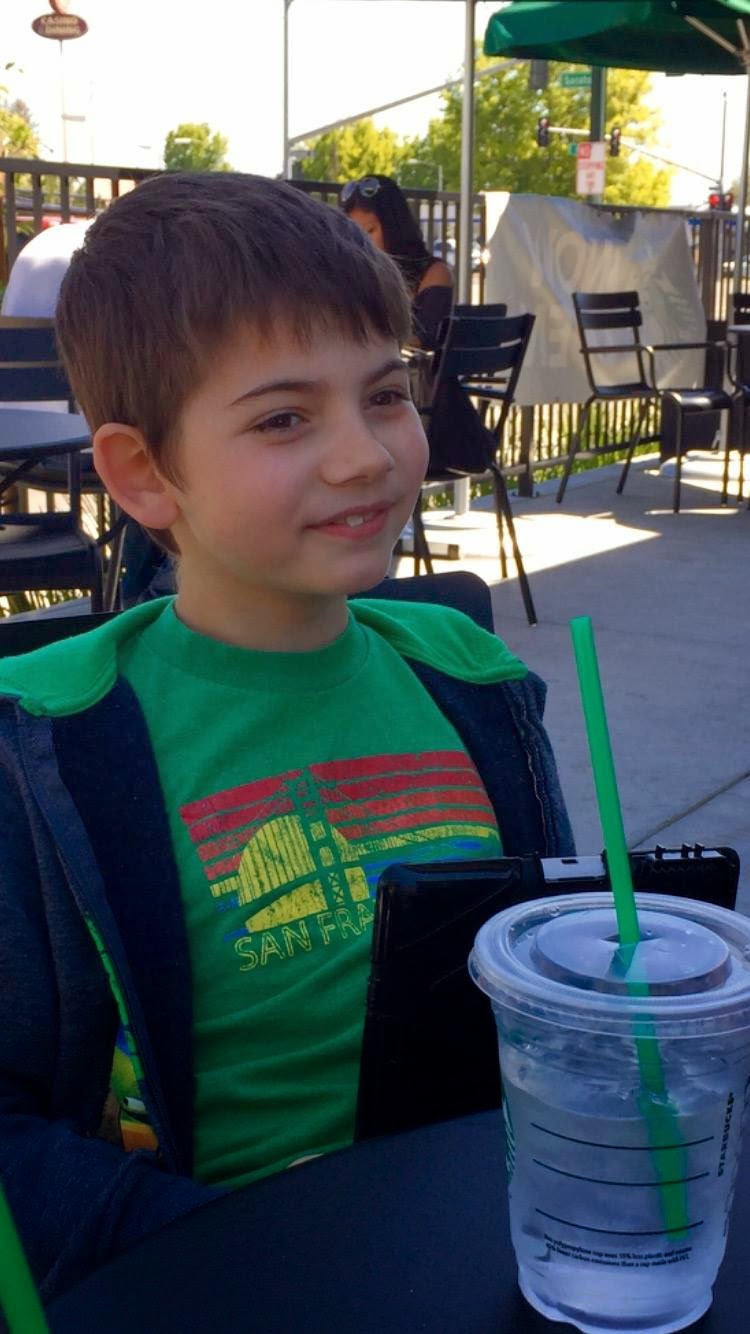 Ryan is eight years old and lives in San Jose, California with his family.  Ryan’s RPM journey began in January 2014.  He has attended several workshops with different RPM providers and he works daily with his mom at home doing lessons.  Ryan began with making paper choices, moved to three stencils (A-I), (J-R), and (S-Z), then moved to two stencils (A-O) and (P-Z), and now uses a rolled letter board with all 26 letters on it (which can be folded in two for A-O and P-Z) and he also uses a flat board with 26 letters on it to spell out his thoughts.

Ryan’s interests include zoo animals (especially zebras), praying, and having the Bible read to him.  Ryan is interested in learning about maps and the planet Earth.  Ryan states that he wants to be treated equal despite his autism.
Posted by Philip Reyes at 12:00 AM 3 comments:

Hello Philip,
My name is Emily and my autistic son’s name is B. I want to thank you for all your posts. I really cling to every word because I'm desperate to communicate with B. I can see in his eyes that his mind is working behind that beautiful smiling, humming face. I feel like God has personally picked me to be B’s mom and I have to try my best to help B in every way I can.

I was hoping you could help tell me about your bedtime routine and how well you sleep and how you settle your mind down to fall into Lala land:)

B loves his bedtime routine but falling asleep is very difficult and we are up till 4am a lot.

Keep teaching the world about autism. You have already made a difference in my world:)))

I am a pretty good sleeper. In the past I haven't been. Lots of years of toddler books made me miserable. I made the most of it by learning to read the words on the pages and making up my own stories in my mind. I used to feel so lonely no one understood me. I made imaginary friends at night that would understand me and I would talk to them at night. My brother who shared my room would get so mad. I slept very uneasily before. Nowadays I maybe get 10 hours of sleep. Sleeping helps me live refreshed. My parents take turns putting me to bed. My mom reads a chapter of a book each night. My dad reads me from Ido in Autismland. My parents pray with me. My dad sings to me. My mom listens to me type my prayers. Lots of times I am lying awake when they leave. I think about the menu of the day meditating on my previous day and peacefully anticipating tomorrow. The menu of the day is all the significant moments I experienced meaningfully. I made improvements in my sleep by peacefully praying and practicing meaningful verses of scripture in my mind. I am particularly praying about my meaning in the world. My mission is bringing hope to autistics. I mean to challenge current ideas about autism. My sleep is more peaceful now because I am listened to and understood.
I wish you and B all the best. 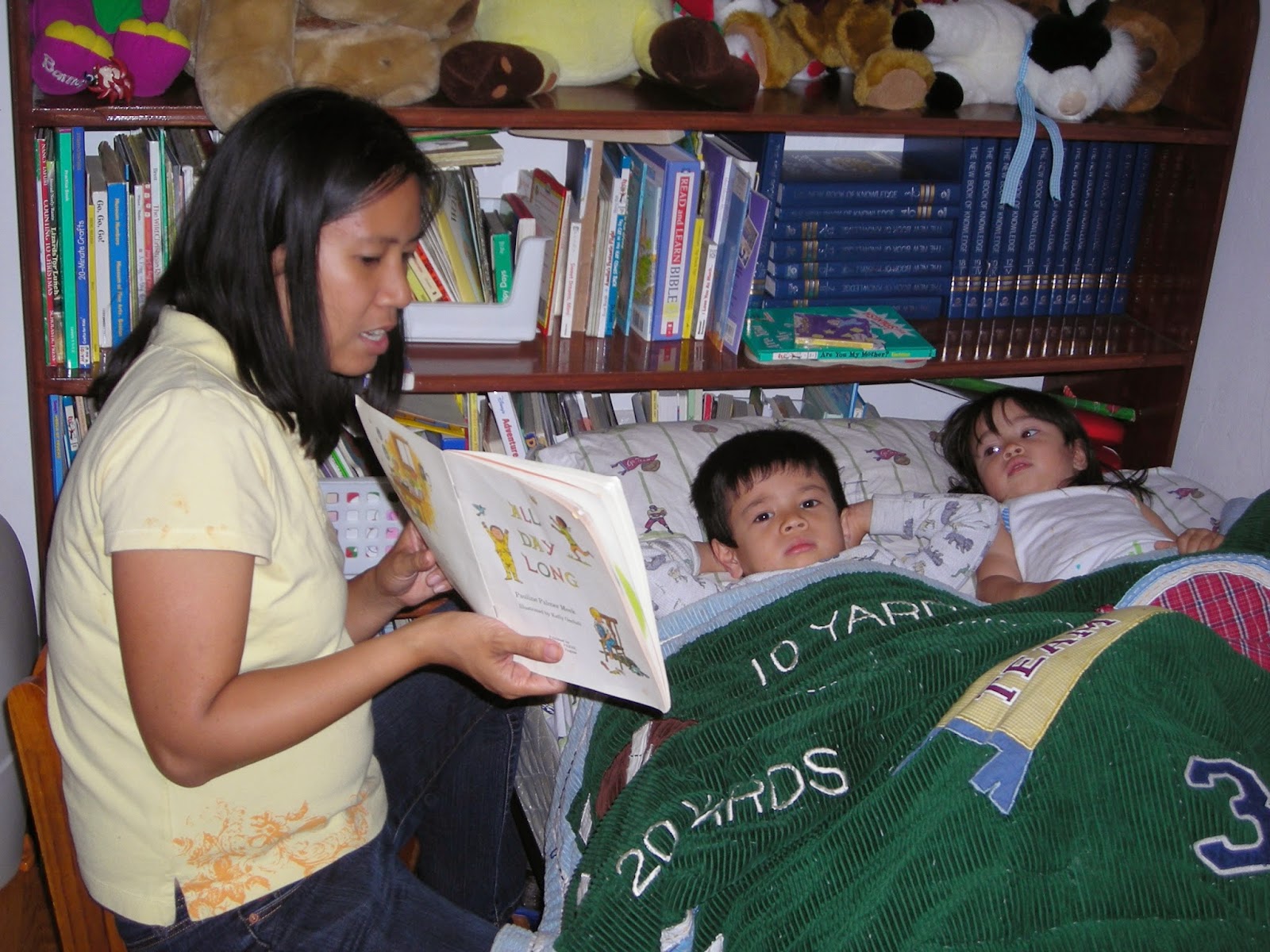 Philip at about age 5
Posted by Philip Reyes at 12:00 AM No comments: