This month we will feature writings from Guest Bloggers who are nonspeakers, unreliable speakers, or communication supporters of people who communicate through typing and spelling on letterboards.  It is exciting to see more and more people finding their voice each year through alternative methods of communication.  4 years ago, I had never heard of RPM or of nonspeaking people using effective communication.  Since we discovered RPM for Philip, we have seen and supported other families on a similar path.  Those families in turn have supported others and brought new families into the fold so that there has been an exponential growth in the number of people being freed from silence into the world where they can participate as one with a voice.  It is truly an exciting time to see a shift in our understanding of autism and how we can better support and empower the Autistic people we love.  Now I would like to introduce our first Guest Blogger, Katerina!  -Lisa 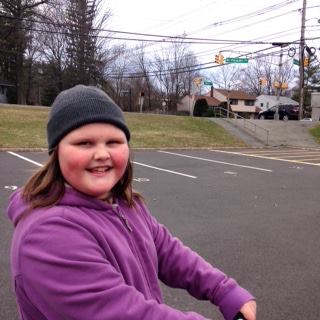 Autism is a found treasure. If you do not examine your treasure carefully you will never see the gem you have.   My name is Katerina and I am nonspeaking. For years I was an undiscovered treasure hidden away.  RPM discovered and polished me off. It made me the shiny gem I am today. It is my passion to advocate for those gems with autism that have not been discovered yet. Please enjoy my poem, I call it “Understatement”.